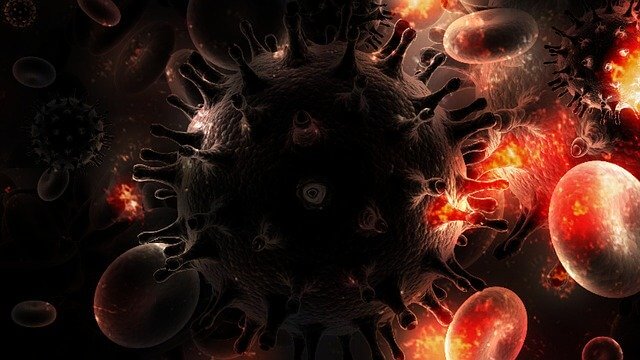 It usually takes up to 10 years HIV infection develops into AIDS, depending on the condition of the person in question. However, it is important to remember that not all people affected by HIV will experience AIDS thanks to antiretroviral drugs.

HIV transmission can vary, but not with touch and ordinary interactions. HIV can be transmitted through bodily fluids (blood and genital fluid), the use of a syringe with a person who has been infected, until childbirth when the mother does not consume ARV.

HIV infection is still one of the most feared diseases. Although HIV symptoms in women are normal and can be stopped, a positive person with HIV can transmit viruses to others.

Read also: How Does HIV Affect The Immune System

HIV Symptoms in Women That Cannot Be Ignored

Symptoms of HIV in each woman are not always the same, depending on the condition of the body and its infection stages.

Symptoms and signs of HIV early stage usually appear 1 – 2 months after infection. However, it can also be faster, which is 2 weeks. At this stage, HIV-infected women may not yet realize that they are infected because of the earliest symptoms that arise similar to the symptoms of flu disease.

This early stage is known as the window period. If a woman is still in the window period, then the HIV test result is most likely negative, although the HIV virus is actually in the blood and can be transmitted.

The symptoms of HIV in women are usually new when HIV infection enters an advanced stage. Usually these symptoms can occur within 8 – 10 years after the virus enters the body.

The following are symptoms of HIV in women that should not be ignored:

In the first weeks after HIV is infected, one tends to experience mild flu-like symptoms such as fever, headache, and lethargy. Generally, HIV characteristics in women are lost within a few weeks after the body manages to create antibodies to fight the virus.

Appears rash and sores on the skin

In the acute phase, most HIV sufferers will experience skin disorders. The appearance of the rash is one of the most common characteristics of HIV disease. The skin of the sufferer is very sensitive to sunlight or other substances. Usually the rash will appear in the form of red spots with small bumps, and the skin so scaly.

In addition, it is sometimes formed by wounds or lesions of the skin of the mouth, geni**tals, and anus, which are difficult to heal. HIV sufferer is generally also a high risk of herpes and shingles (herpes zoster). Fortunately, with proper treatment, the problem of the skin can be minimized to the severity.

The lymph nodes are located in the back, groin, and in the armpit. There are immune cells in the gland. When the immune system is working to cope with viral attacks, the glands will appear swollen. So, if you notice any changes to the lymph nodes, you should consult a doctor.

If you often feel nauseous or feel there is a disturbance in the stomach almost every time, it is also time to go to the doctor. Make sure that the disorder is a common stomach disorder or a symptom of a serious illness.

HIV can increase the risk of developing vagi**nal yeast infections. The symptoms of this infection include:

While almost all women have yeast infections over time, HIV can cause these infections to occur more frequently.

When a person has HIV, her immune system bestows a lot of energy against viruses. Consequently, their bodies do not have adequate equipment to combat other infections.

If one does not receive HIV treatment, the virus can cause nausea, diarrhea, poor absorption of food, and loss of appetite.

Each of these problems can cause a person to lose weight quickly.

Thank you very much for reading HIV Symptoms in Women That Cannot Be Ignored, hopefully useful.

Views: 1
Tweet
Share
Pin
Share
0 Shares
You might be reading this while on lockdown yourself, or while watching the coronavirus disease (COVID-19) spread rapidly and without discrimination, make its way across the world. Help us fight against the COVID-19 pandemic.The donation supports our work, our children, our families, and our community that affect by COVID-19