You are here: Home / First Aid / Here are The 7 Tips – Seizure First Aid 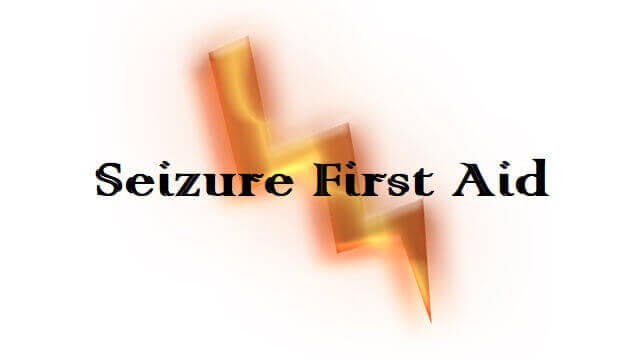 When you find a family, child, or other person who suddenly has a seizure in front of you, there will certainly be feelings of panic and confusion to do what, especially for those of you who have family or people closest to you with a history of seizures.

Therefore, it is important for you to know in depth about seizure first aid, and what things should or should not be done.

The first aid you have to do to the person who has seizures around you can have a profound effect on the person’s safety. Similarly, if you go the wrong way in dealing with seizures that occur around you. Therefore, it is not impossible that you do not help, but instead worsen the condition of the seizure sufferer.

Seizures are conditions when the muscles of the body contract uncontrollably. Each person’s seizure symptoms vary depending on the part of the brain that is impaired. However, there are some common symptoms when a person has a seizure:

Seizure attacks can look daunting, especially if you’ve never faced this condition before. While you may feel helpless around the victim, there are many things you can do to help.

If you see the symptoms of seizures above, give the person first aid immediately.

Table of Content show
Seizure First Aid
Stay calm
Tilt
Do not put anything in the mouth
There is no need to curb the movement
Keep away from dangerous places
Loosen up
When the seizure stops
When is the situation said to be an emergency?

Seizures can last for several minutes and the person may take several hours to fully recover. Note the length of time the episode is, if possible. If it lasts more than three minutes or the person is pregnant (no matter how long the seizure occurs), contact medical assistance immediately (110/118).

The next Seizure First Aid tip is tilt. Tilt people who have seizures to one side to avoid the risk of choking on saliva

Do not put anything in the mouth

Do not put anything in the mouth of someone who is having a seizure. Nor force them to open their mouths or teeth. Inserting something into the mouth can actually be dangerous, such as closing the respiratory tract.

There is no need to curb the movement

There is no need to curb the movement of seizures because it can actually cause injuries. Nor hug someone who is having a seizure or trying to stop it. Let the seizures last. Usually, seizures will last less than 5 minutes.

Keep away from dangerous places

Keep someone who has seizures away from dangerous places, such as near fires, electric, and highways. Also avoid sharp objects such as knives.

Loosen the collar so he can breathe more freely.

When the seizure stops

When the seizure stops, stay with the person and talk to them relax until they fully recover. Don’t give the person a drink.

Read also:
Epileptic Seizure What To Do – First Aid Steps

When is the situation said to be an emergency?

In fact, not all seizures need to get medical attention as soon as possible. It is only, in certain conditions, it is necessary to immediately call for medical assistance, especially if the person having the seizure is:

Also check if the person who has had the seizure is carrying a medical identification card or wearing a special bracelet that identifies his or her history of having had a seizure.

*
We use cookies to ensure that we give you the best experience on our website. If you continue to use this site we will assume that you are happy with it.OkPrivacy policy