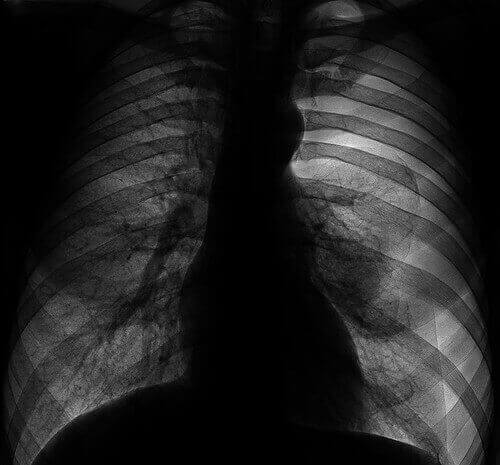 The lungs are one of the core organs that need to be kept in order not to occur, such disorders that can be fatal as collapse. One of the causes of a collapsed lung is pneumothorax.

Pneumothorax is a condition in which the air is collected in the pleural cavity, which is a thin cavity that is restricted by the two pleural membranes between the lungs and the chest wall. The collected air may arise due to a gap formed by the injury of the chest wall or the tear in the lung tissue. This resulted in the air pressing the lungs, causing deflating or collapsed lungs.

Pneumothorax can be caused by several things, the following include:

The following are the most common causes of collapsed lungs:

Injury due to blunt or penetrating objects to the chest can cause pulmonary collapse. Some injuries may occur due to physical attacks or car crashes, while others may (accidentally) experience when a person undergoing a medical procedure involving insertion of a needle into the chest.

Damaged lung tissue is more likely to be exposed to collapse. Lung damage can be caused by many types of underlying diseases, including chronic obstructive pulmonary disease (COPD), cystic fibrosis and pneumonia.

Small air blisters (blebs) can thrive at the top of the lungs. The bleb is sometimes rupture, allowing the air in the lungs to leak into the space surrounding the lungs.

Severe pneumothorax can occur in people who need mechanical assistance to breathe. The ventilator can create an imbalance of air pressure inside the chest. The lungs can collapse completely.

Risk factors for a collapsed lung

The following factors can increase the tendency of the collapse lung:

Increased pressure in the pleural will obstruct the lungs to expand as we breathe. As a result, symptoms may arise:

These symptoms generally arise suddenly and occur after an injury.

Prevention of the collapsed lung

Yes, it is possible to prevent the lungs to collapse. Prevention can be done as follows:

Lab Test and procedure for a collapsed lung Diagnosis

Pneumothorax may be a state of emergency that can be fatal, so the doctors need to evaluate patients quickly from symptoms, medical history, or situations that occur when the patient experiences symptoms.

The doctor will conduct a physical examination on the patient, especially examining the lungs. If there is a tension pneumothorax, the doctor will trap the needle between the ribs to remove the air trapped in the pleural cavity. This is done precede other supporting examinations.

The following lab tests and procedures are used to detect a collapsed lung:

How to cure collapsed lung by Seeking medical help

Go to the emergency room.

Immediately go to the doctor or emergency room if your chest is suddenly painful, or there are other symptoms of lung collapse such as difficulty in breathing, enlarged nostrils (nasal flaring), chest tightness, and fatigue.

Your doctor will determine the best treatment for you based on the type and severity of your lung collapse.

Start healing in the hospital.

When undergoing treatment in the hospital, the healing process will begin while waiting for the time to go home. The doctors and nurses will help you undergo treatment.