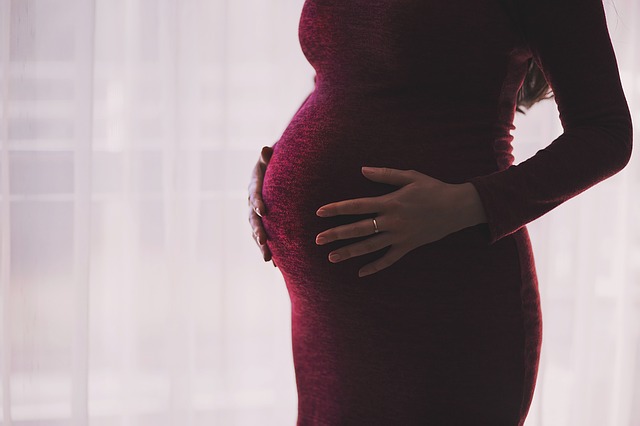 Abdominal cramps during pregnancy, fairly common experienced by pregnant women. No matter the cause is varied, ranging from hormonal changes, the size of the enlargement of the uterus or stretching of the ligaments in the stomach. However, certain conditions need to be controlled because it can be a sign of the existence of serious disorders, such as miscarriage or ectopic pregnancy.

Table of Content show
Causes Of Stomach Cramps during Pregnancy.
Change the size of the uterus.
Pressure on muscles, joints, and blood vessels.
Round ligament pain.
Gas and constipation.
A Chemical Pregnancy.
Problems in the stomach.
The lack of mineral intake.

Causes Of Stomach Cramps during Pregnancy.

Some common causes of stomach cramps during pregnancy, among other things:

Change the size of the uterus.

While pregnant, fetal development in the womb will make the size of the uterus getting larger with gestational age. To support the development of the uterus, connective tissue or ligaments that connect the pelvic bone and uterus will stretch so that the uterus feels tight.

Marked by a sharp stabbing pain when pregnant mother changes positions. Or, it could be such dull pain, but settled on the same section every day. Round ligament pain is caused by two major ligaments extending from the uterus to the groin. When the uterus is enlarged, these ligaments stretch and foster a sense of discomfort. This pain will be felt in the second trimester, but is not considered dangerous.

Increased gas during pregnancy is caused by increased levels of progesterone. These hormones are then released by the digestive tract slows down, which makes food is also moving more slowly. Drink plenty of water, the consumption of foods rich in fiber, use stool softeners and exercising, is the best way to cope with excessive gas and constipation.

Chemical pregnancy is a miscarriage that occurs in the early stages of pregnancy. Originally, because many women don’t realize it because it generally occurs when the weeks of regular menstrual schedules. This means that the spe**rm fertilize the egg cells, but the egg cannot survive.

Problems in the stomach.

Gastric and bloated stomach can occur while pregnant. This can be caused by an increase in the hormone progesterone, a hormone that is making Your muscle relax, including the muscles in your digestive tract. As a result, your digestive system runs slower and you feel the pressure on the uterus and intestines. This can cause you to feel stomach bloating, carbonated, or constipation. At this point, you may feel cramping in the part of your stomach.

Defecation or gas might help to get rid of your cramps a little. You also need to eat fibrous foods, eat a little, but more often, and drink plenty of water to help reduce constipation.

Read also: How To Prevent Swelling During Pregnancy.

The lack of mineral intake.

Some research reveals that a lack of calcium, magnesium and potassium causes muscle cramps. This is not only happening in pregnant women, but at anyone who suffered a deficiency of such substances.

However, there is currently no research that can ensure that consuming mineral supplements can prevent cramps during pregnancy.

Views: 0
Tweet
Share
Pin
Share
0 Shares
You might be reading this while on lockdown yourself, or while watching the coronavirus disease (COVID-19) spread rapidly and without discrimination, make its way across the world. Help us fight against the COVID-19 pandemic.The donation supports our work, our children, our families, and our community that affect by COVID-19